There's so much music in a ukulele, so much joy and togetherness... an enabler of song... a builder of communities.

At age 16, Stuart Eadie became a professional drummer and was blessed to travel far and wide playing for various Australian acts like; Clouds, The Whitlams and Karma County. Around his 30th birthday a beautiful would be diva - Amber Weedon arrived in his life... six years later with a 14 month old son and a daughter on the way, Amber and Stu relocated from Sydney to Mullumbimby on the far north coast of NSW.

The duo’s uke-tastic adventure began – when on Fathers Day 2011, Stu was gifted a concert ukulele with adequate intonation for renditions of all the favourite jazz standards. An organic wave of uke-related festivities and events ensued and behold… the star ascends for 'Miss Amber and Stukulele’.

Their classy self titled debut album and the recent 5 track EP  "Sweet Lies & Lullabies" softly swings and sounds instantly classic... most listeners remark "Oh yeah, I love this song... " on their first ever listen. There are some emotional depths with some sweet sparkle dust.

"Like a fine wine Miss Amber & Stukulele improves with age, or rather repeated plays." AJ Leonard

Their track Paris Unicorn was nominated for an award by their local entertainment Industry and their live shows at Melbourne Uke Festival (2014), Brisbane's 'Spruke' Festival (2015) and Blue Mountains Ukulele Festival (2015, 2016) the and Mullum Music Festival are fondly regarded.

As well as the private and group uke lessons on offer, there is the monthly uke night and a weekly uke meeting n the Mullumbimby Ex-Services Club and Stu cpatains the Northern Rivers Uke Orchestra. Check out the sites below. 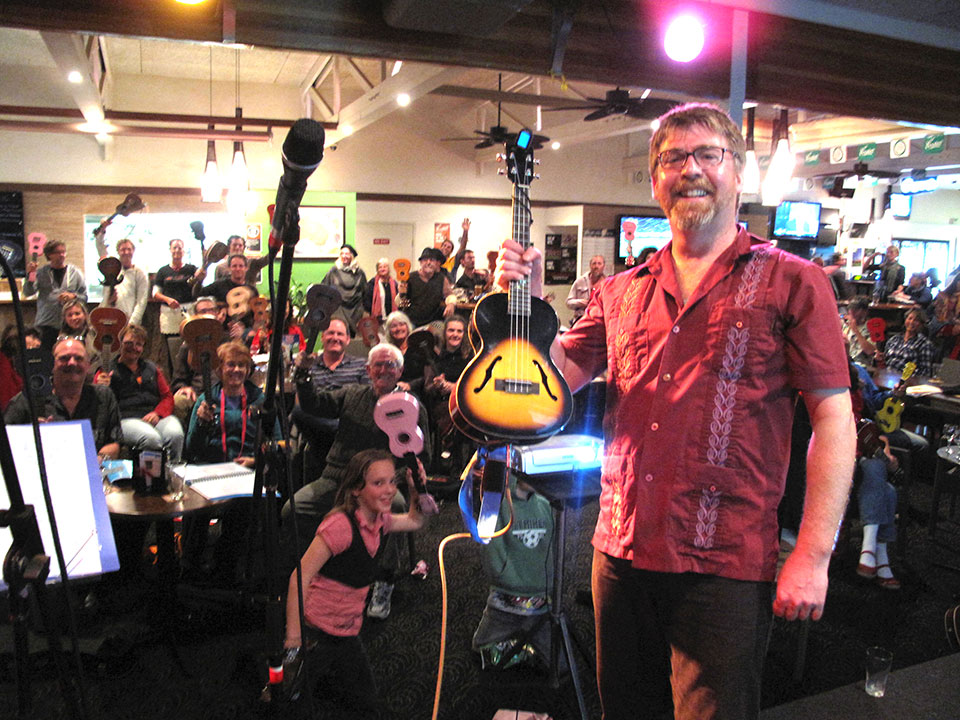 The First Ever Uke Mullum in July 2011